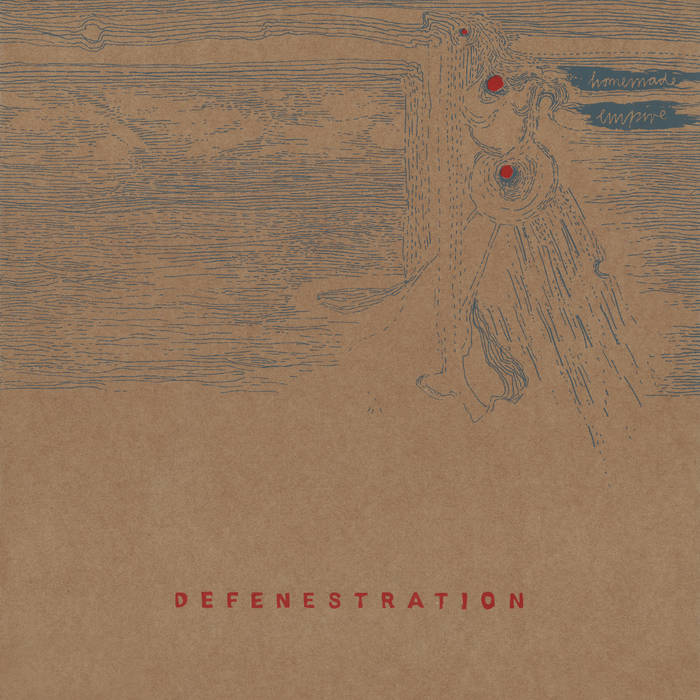 In this album, released in 2012, Homemade Empire presents songs about a quiet life and about temporal interruptions of that so sought-after life since staying indoors is not always an option. The natural world is never too far away, both in the words and in the dogs barking during recording. For sure, Death is a frequent visitor but stays at a distance. ‘Defenestration’ is earthy and intimate, with bare feet in a cold morning soil surrounded by dark woods. There is a soft wind.

This album has a more song-based approach than its predecessor and Homemade Empire’s debut record ‘A Brilliant Window Niche’, but at the same time it is a logical follow-up to that record. Like the debut, the ambient drones are still here and make out a significant part of ‘Defenestration’ and the songs often lack a proper structure or endings in order to get rid of distracting formalities. Aiding to the directness of the album is that most basic guitar and vocal tracks were recorded in one take with one microphone. The sound is not as lo-fi as the first Homemade Empire record, but it is not hi-fi either. These are crazy recordings, deep, messy, noisy and analog and it is a sound can that can only be achieved by spending a long time in solitude driving an old tape machine, pedaling an old pump organ and strumming strings until they get old, rust and start sounding good.

Bandcamp Daily  your guide to the world of Bandcamp